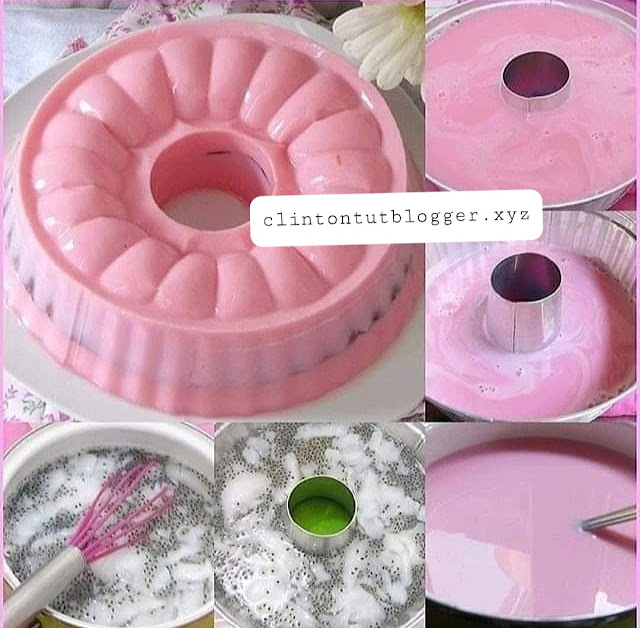 Hay friends all, this time I will share a pudding recipe.

In Indonesia this food is called young coconut glass pudding, maybe in your country different names.

However, although different names you can make it at home for appetizers or desserts.

The taste of this pudding is very sweet and delicious especially served with a cold state, it tastes refreshing to our bodies.

1. Pudding 1: cook coconut water, so that it is agar and sugar, cook until it boils, turn off the heat. Put in the coconut meat and celery, stir briefly then pour in a middle perforated pudding baking sheet. Leave to harden and cool. When it has hardened and set remove from the baking sheet. Using a knife, cut it in circles following the hole of the middle baking sheet, about 2 cm thick. Set aside